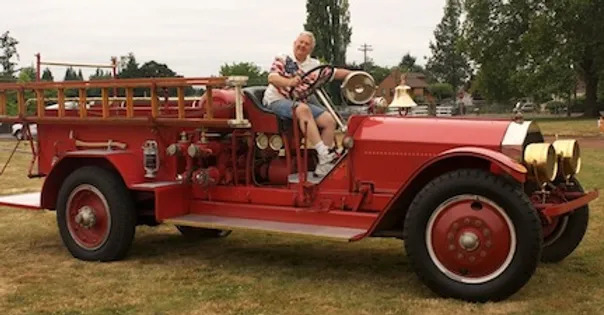 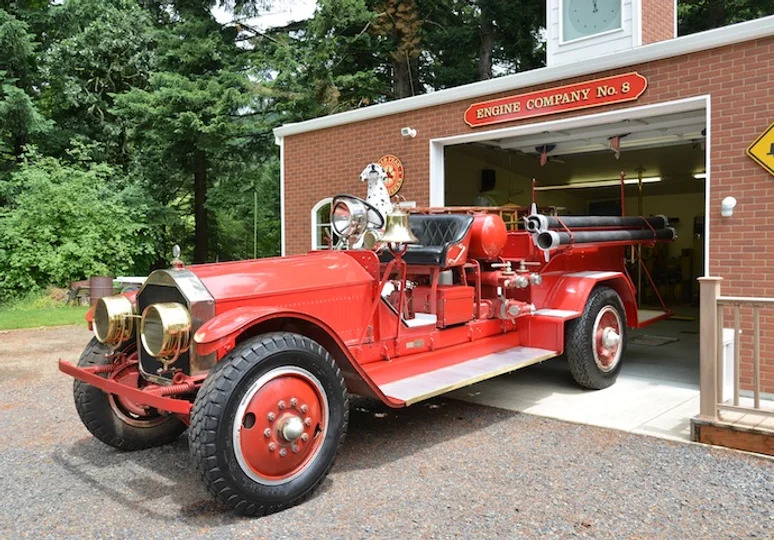 This classic American-LaFrance pumper was one of two purchased by Portland, OR, in 1923, and shipped by train from Elmira, NY in December of that year. It was placed in service as Engine 22 in downtown Portland. It is now owned by Chapter President, Matt Simek of Newberg, Oregon.

As a city engine, it had no booster tank or reel, but a massive 1,000 GPM geared pump and large hose bed. It had a rudimentary electrical system, consisting of a large 6vdc battery that was used only to power the headlights and searchlight. There was no generator, so when the battery faded, it would have to be recharged at the station house. Nor did it have an electric starter, so it was hand-cranked each time.

In the early- to mid-1930s, the Portland mechanics reworked both sister engines to replace the ALF engine with Hall-Scott 177s.  Mine had been bored out for a displacement of 1100 cu.in., providing enormous torque not only to run the pump, but also to deal with Portland’s hills.  The mechanics also installed a three-speed “Brownie” in the drive line, a 12vdc electrical system, including a massive generator and electric starter, front wheel hydraulic brakes — it came from the factory with rear mechanical brakes only — and added an engine-operated vacuum boost system for all brakes, and some red warning lights. 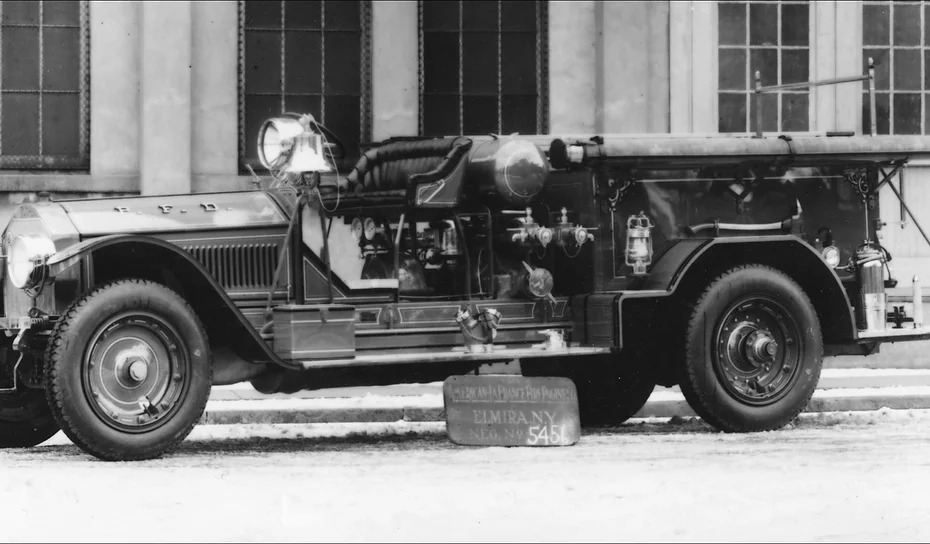 This is the condition the truck was in when it was dispatched in 1935 to fight the catastrophic Capitol building fire in Salem, which was a total loss in the end due to its balloon construction and lack of city water pressure.

Today, this classic example of the American-LaFrance tradition is house in my Fire Hall in Newberg, OR.  It is currently undergoing restoration, focusing primarily on the engine and drive train for now, including a complete brake job and other mechanical components.  The generator has been replaced with a low-RPM alternator, the electric starter has been repaired, and all the fluids and settings repaired or re-set, so it is now road-worthy. Some body work has begun, but that will take several years to complete. 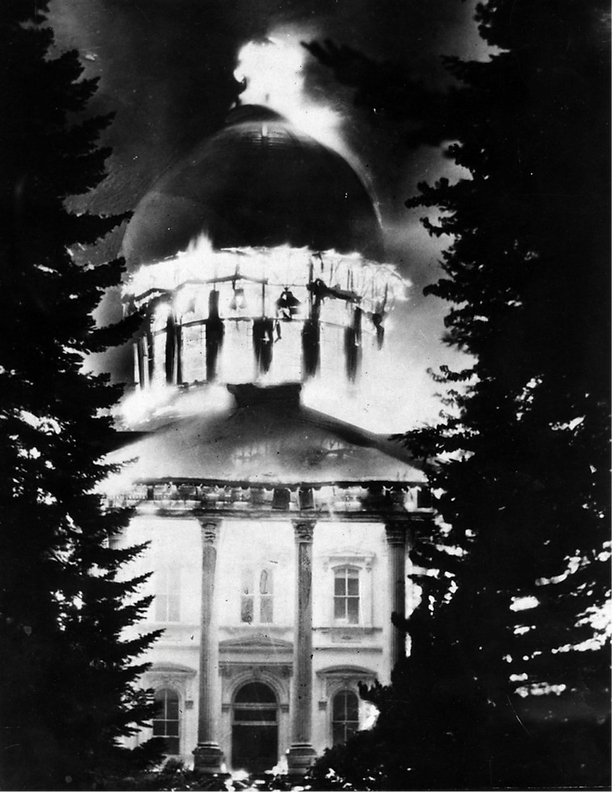