Part of the Oregon Fire Service Museum collection, a 1954 Crown pumper. 1,250 GPM pump, 400 gallon water tank. This pumper was the 2nd Crown sold outside of California and the first Crown sold in Oregon. It was new to the City of The Dalles Fire Dept, later known as Mid-Columbia Fire & Rescue. In the 1970’s it went back to the factory and the gas motor removed and a Cummins diesel motor installed. A hard top was also installed at the same time. It was donated to the OFSM collection in 2015. 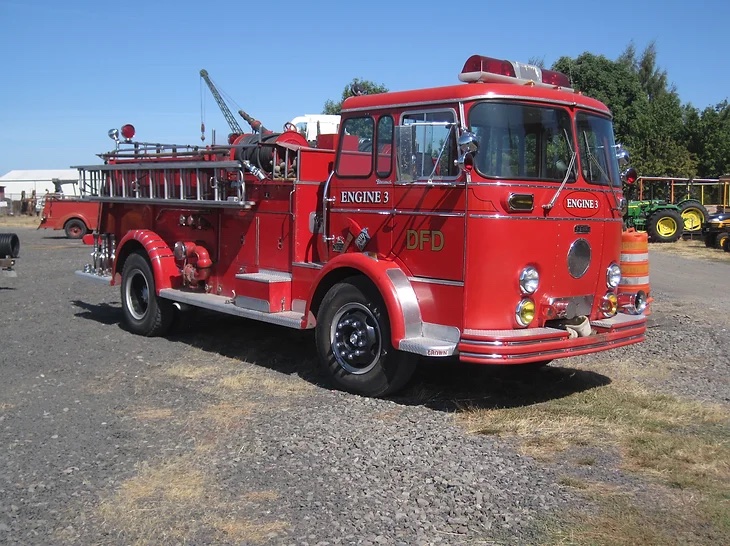